Started by CBJoe , 2 weeks ago


13 replies to this topic

Hey Firebird peeps....So in my never-ending saga of this old bird, I'm installing a solid bushing set for the front subframe. The primary 4 bushings were completely shot....3 of the 4 bolts weren't even tight....so it took almost nothing to loosen them and a crap ton of rust and dust fell out of them.  Rubber is cracked as hell and I don't think they were doing much.

I've got those handled nicely....but the Radiator Core support is a different story.  How the heck do you get them out and install new ones?  Luckily these bushings look ok (better than the 4 primary bushings under the main body...so I may just leave them for now.

I can post pictures tomorrow....but I got frustrated enough that I'm considering just leaving the front radiator core support bushings as is.

Lord help me....the rearmost drivers side bushing bolt is just spinning...all I can guess is that the nut has broken free from the floor.  Pretty sure this means i"ll be pulling the drivers seat out and cutting a hole in the floor to access the nut.

Sill interested if anyone has thought on the core support bushing removal.

Kinda waiting on a pic of those rad support bushings..   can't get my mind wrapped around what the problem is. With that spinning nut, have you tried wedging something between the car and the frame to cause more friction then hitting it with an impact?

Sorry I dont have the opportunity to skim this article to be sure but I saved this link cause I think it describes another option for spinning cage nuts on an fbody other than cutting the floor.

Maybe itll help you out a little

I took took my driver seat and cut a small access hole. My bushings were so far gone the bolt was necked down in the middle about 1/2 it's original diameter. It's a wonder it didn't twist off when I took it out...lots of rust and crap fell out every turn of the ratchet....but what a difference it made when I drove it after installing the solid bushings.

Kinda waiting on a pic of those rad support bushings..   can't get my mind wrapped around what the problem is. With that spinning nut, have you tried wedging something between the car and the frame to cause more friction then hitting it with an impact?

I tried this today with my impact driver and prying down on the subframe to get it to bite....just spins and spins.  I'll post pics of core support when I get back to it...first thing will be to get this bolt out.

Joe...when you did this....can I assume that you had to re-weld the captive nut to the frame?  Or did you leave it open for future access?

Thanks Sol....is it pretty easy removing the front valence?

I see you are living in lovely switzerland...what region are you in?  I work for a swiss company and have spent a lot of time in and around Luzern over the last 20 years.

Yes easy, the park lights need to be removed and then some bolts.

West near Geneva, Lucern is nice I have spent some of my childhood there and had the chance to play in a knight rider bird from the movie for a good afternoon...

Thanks...I’ll probably do that to make it easier.


Sent from my iPhone using Tapatalk

Should be all good at this point....I took the valence cover off and can more easily access the core support bushings.  Also I cut an access hole and got the frozen/spinning bolt out. Was a little messy, but I didn't have a reference for exactly where to cut.   I did a quick video on it for future reference.

After its all installed and torqued down, I may go ahead and weld down the "ears" on the front and rear so that this wont happen again in the future.  though I think

Old core support bushings are strange. Driver side had no washers and passenger side had 3...check pics out. Hopefully it wasn’t to compensate for something I can’t see. For now going to install new bushings. 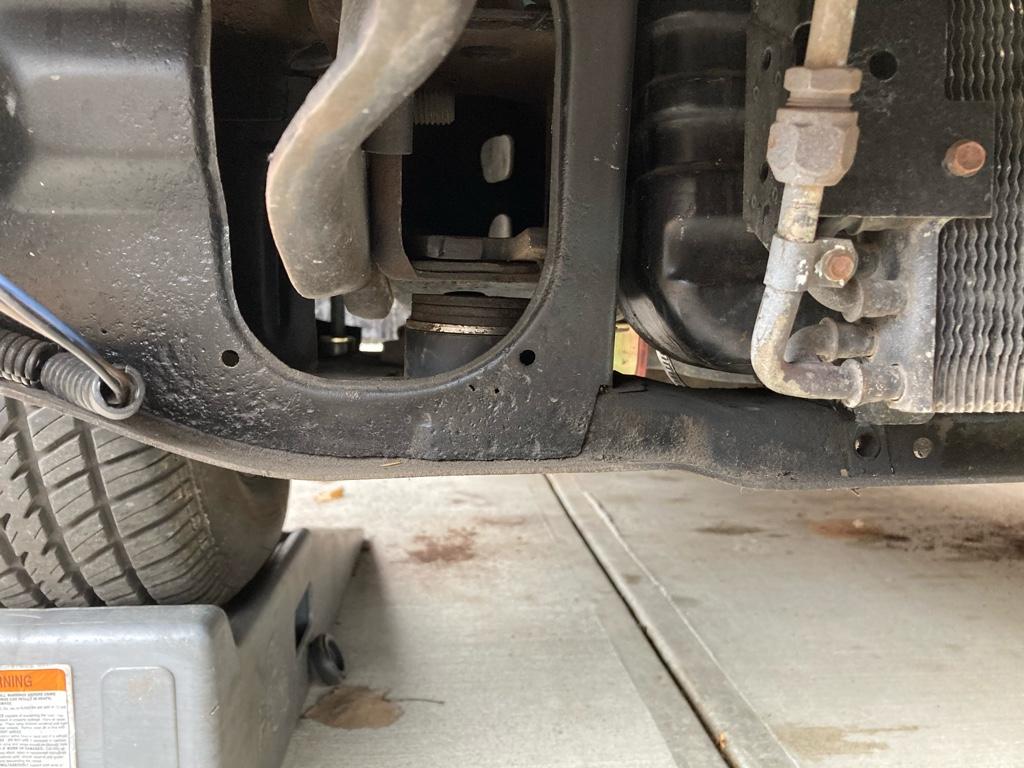 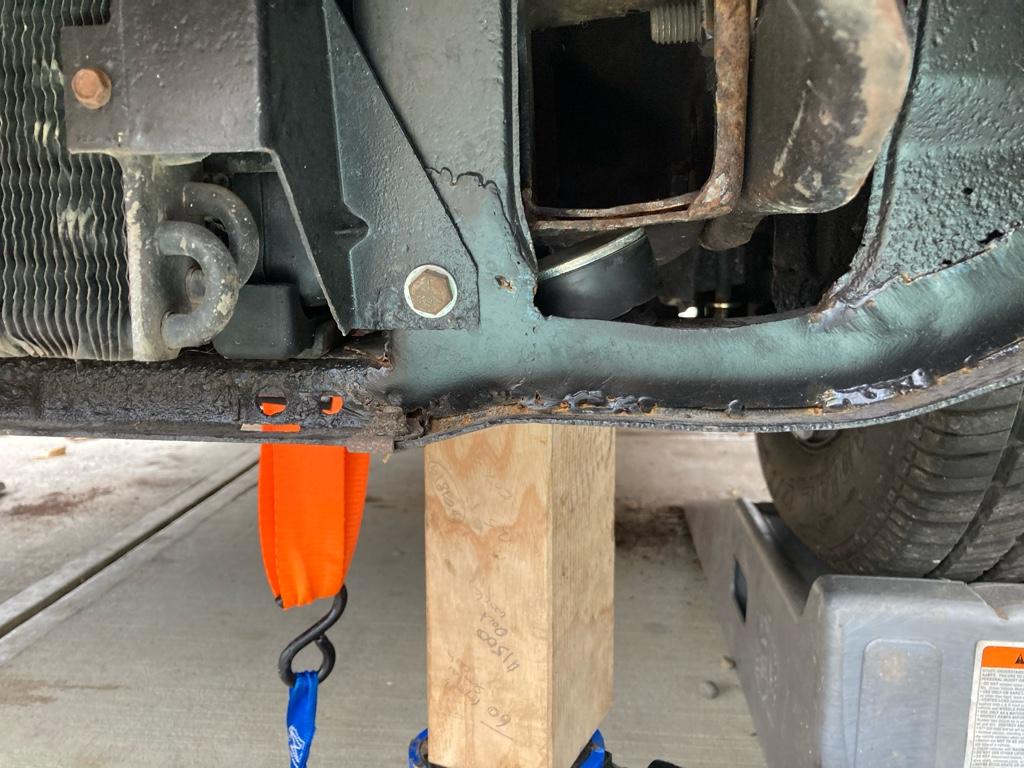 Old Bushings lined up with new core support in middle 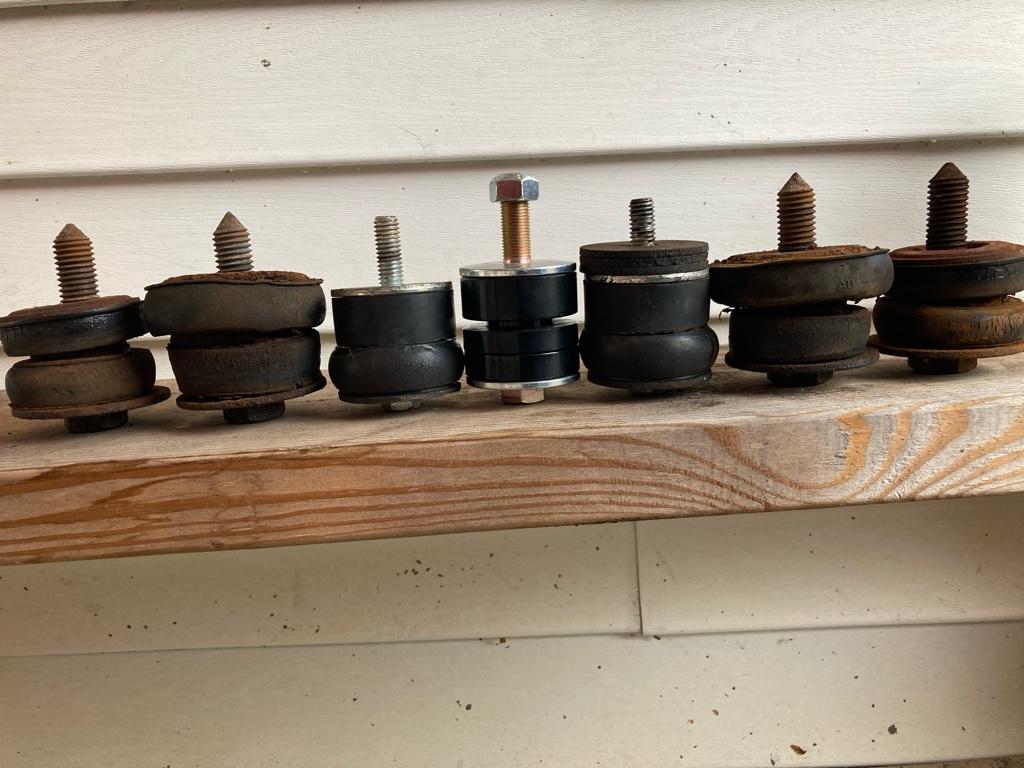 
Sent from my iPhone using Tapatalk

To add to the confusion...the fitment of the global west solid bushings is pretty funky.....if you check out this video you'll see what I'm talking about.  I think for now I'm going to put the original bushings back in.  I'm concerned about what would happen with a much smaller spacer...because It would essentially raise up the nose by half an inch.